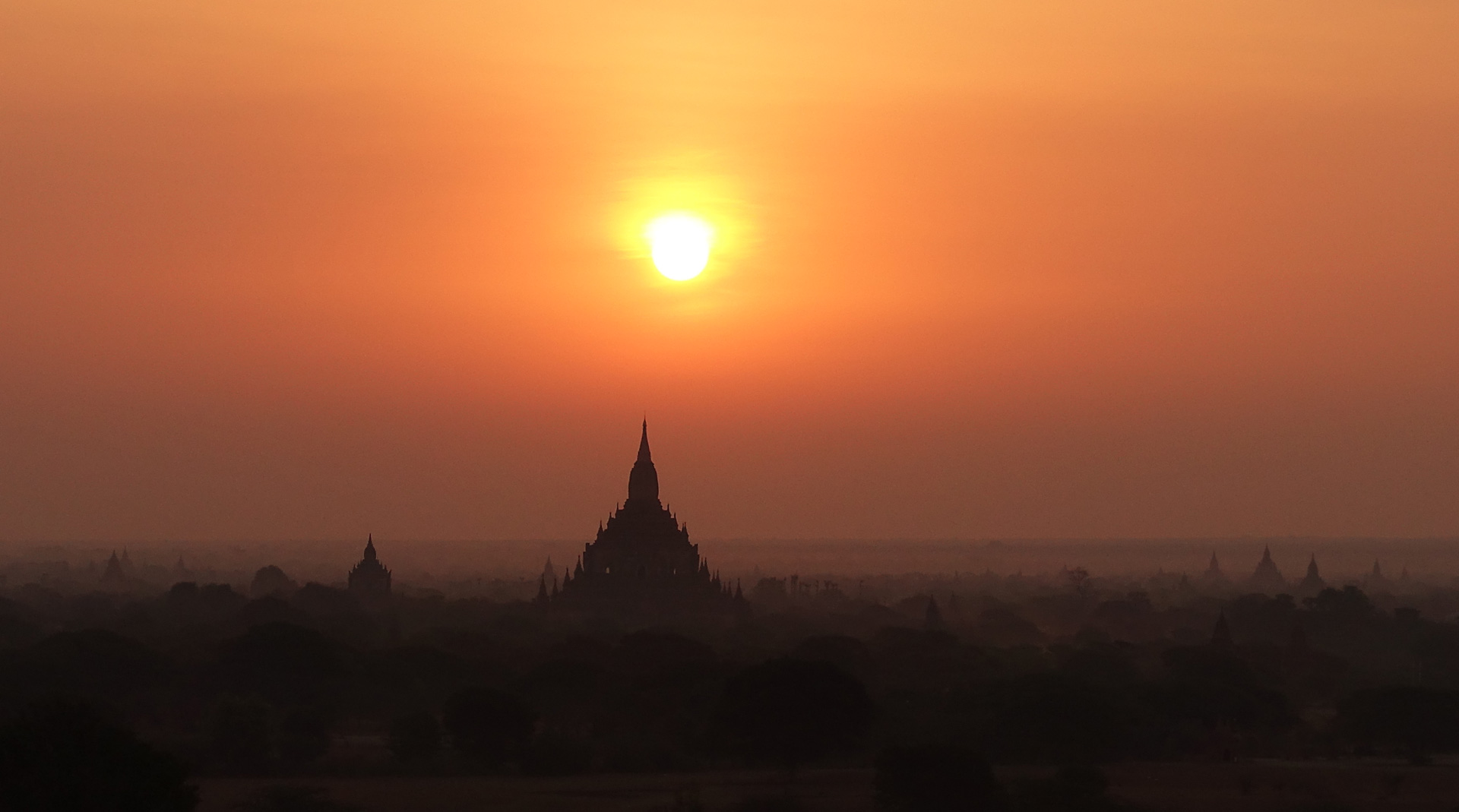 Sunrise in the land of two thousand temples

Our man from the hostel chose these words to explain why the electricity wasn’t working at the time of our walk-through. “This is Myanmar.” Chances are he was channeling Leonardo DiCaprio’s character from the movie Blood Diamond with his own version of “TIA” or “This is Africa.” This was indeed Myanmar, a country lusted over by travelers for being “untouched” and farther from the hordes of tourists that dominate other parts of Southeast Asia. For decades, the military strictly controlled Myanmar and closed its people off from the outside world. In recent years, however, as more power has moved to a civilian government, the number of visitors to Myanmar has steadily climbed.

What does it look like when a country opens up after years of isolationism? What changes quickly and what changes slowly? What does a country borrow from the developed world and what does it hold on to? As a backpacker on a two week visit, my exploration of these questions was admittedly limited. What I did observe, however, was a jumbled mix of old and new and a country clearly in transition. 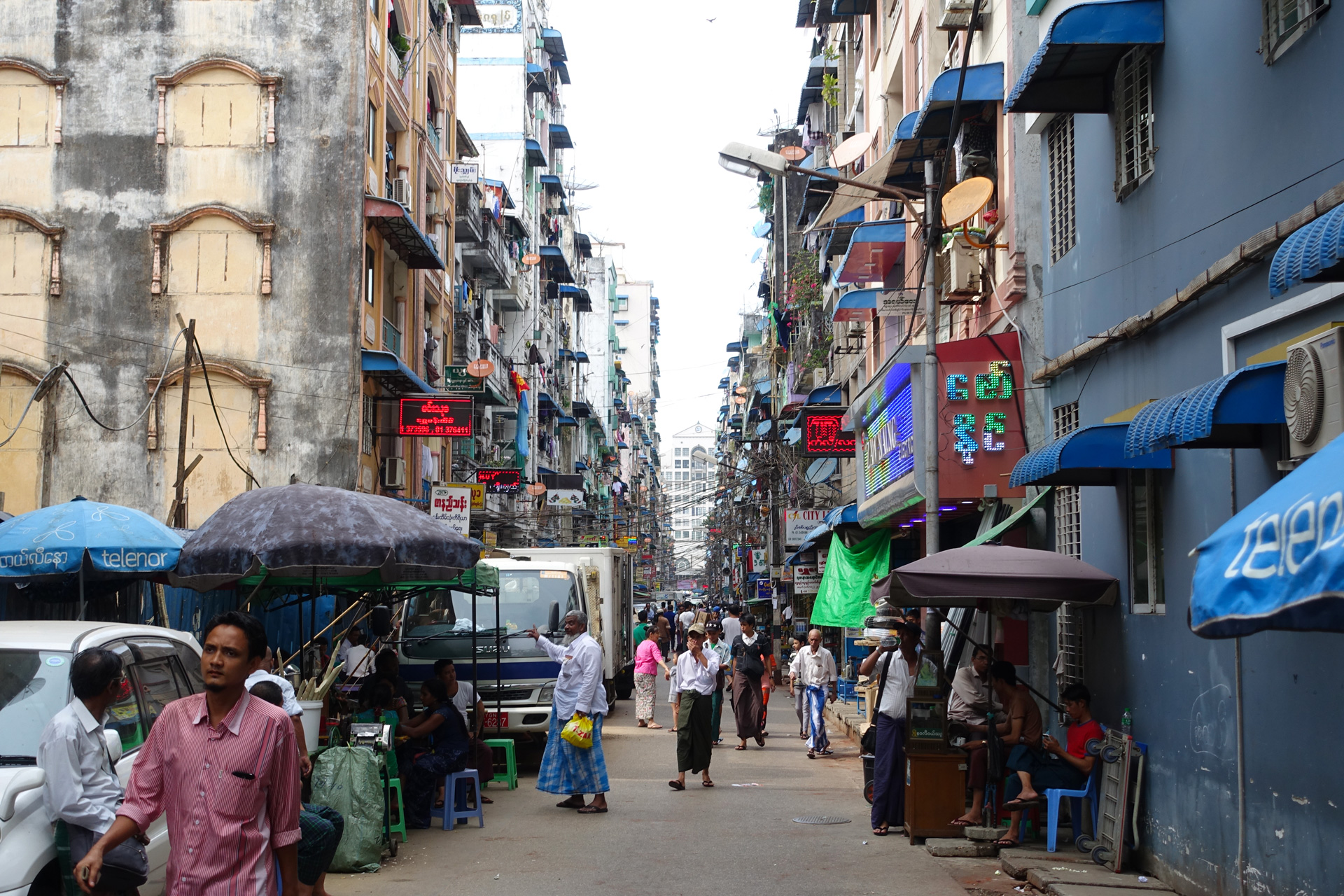 To my eyes, the adoption of technology is the easiest to spot. The streets of Yangon, for example, are packed with vehicles of varying conditions manufactured across several decades. In fact, while Burmese drive on the right side of the road, I noticed the placement of the steering wheel was inconsistent, located on the right mostly but not exclusively. The roads themselves were also of varying condition. Major cities are connected with well-constructed highways but the pavement deteriorates quickly as you move away from the main transportation links. And in nearly every location I visited, traffic signals, signs, and even painted road markings were nonexistent. 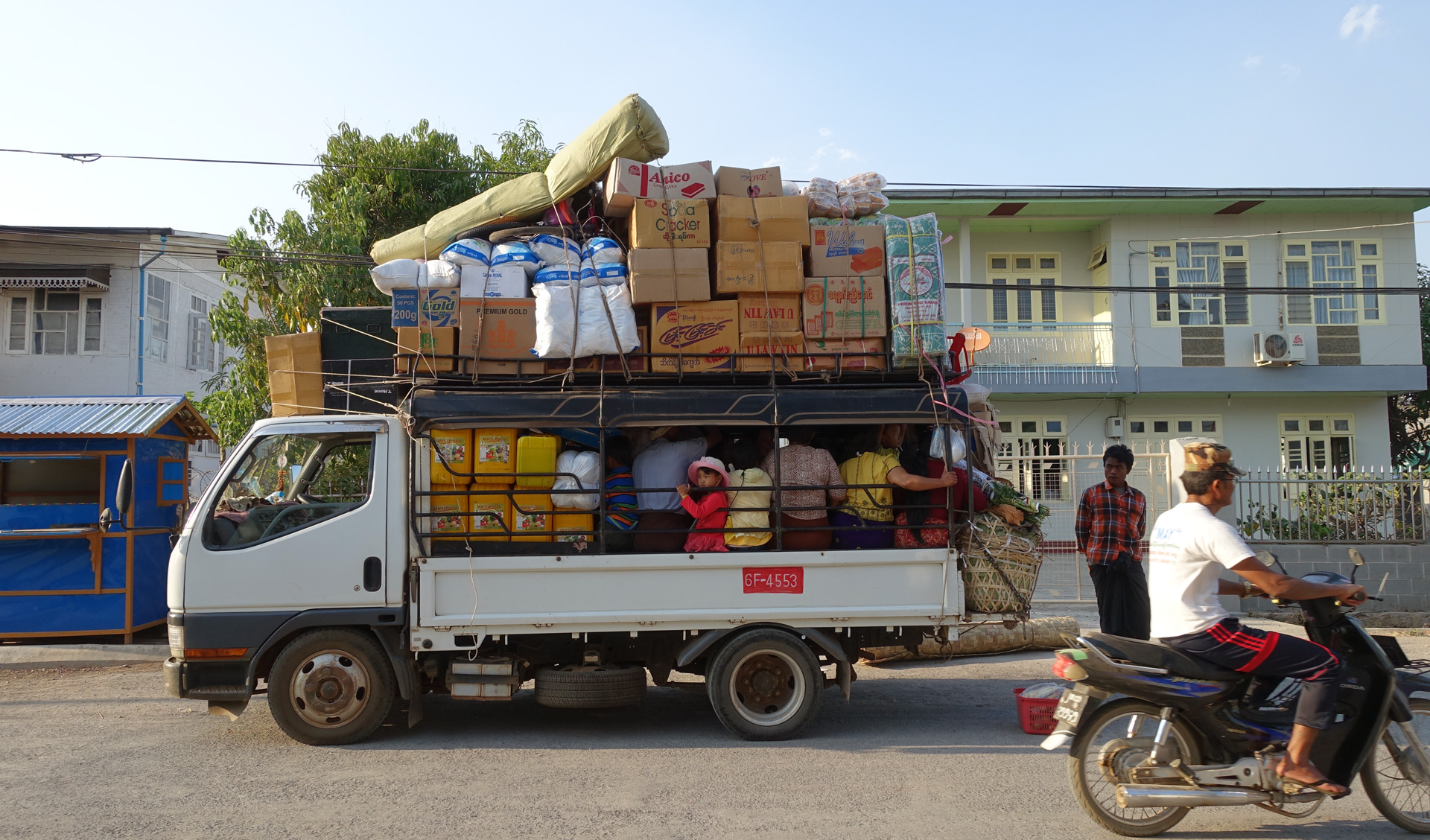 All over Myanmar, men wear longyis, sarong-like attire tied around the waist and stretching to the ankles. They can also be spotted using smart phones and sipping Coca-Cola. Instead of cigarettes, Burmese prefer betel nut, a rather disgusting red chew that stains teeth and sidewalks. And, no matter where you go, you’ll find trash along with blatant and unfettered littering. Environmentalism is clearly a modern western ideal.

Even in more traditional environments, the contrasts were still visible. In Bagan, my group of three was invited to a village ceremony initiating young boys into the Buddhist monastery. The evening celebration was anchored by a performance of Burmese music and dance, and was made possible by modern audio video equipment. In other locations, new temples continue to be built while blinking LEDs decorate many ancient Buddhist statues.

It was these contrasting observations that colored my experience in Myanmar, and, in the end, I was left with more questions than answers. While I only visited for a short time, I’m not sure a few months or even a few years in the country would offer me much more clarity.